skip to main | skip to sidebar

why would i go out and spend roughly $10 on a three pack of bibs when i have a sewing machine and i can make way more bibs with roughly $10's worth of fabric? i wouldn't. especially after finding a pattern on chickpea sewing studio that was just begging for me to make it better.

to personalize the bibs (and make them way cuter) i half-ass used the method for making a simple appliqué that i found on sew, mama, sew! what i ended up doing was cutting out my pattern, using fray check around the edges, and stitch witchery-ing the appliqué in place before using the smallest zig-zag stitch on my machine around the edges. while my method (i believe) is decidedly different from sew, mama, sew!, i feel the need to link back because it was that info that lead to the way i actually did it.

so here's my first attempt which i feel was a success: 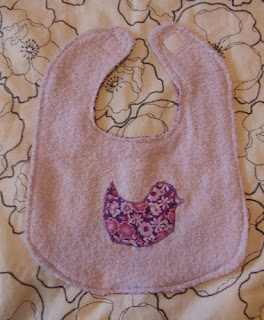 notice i used velcro instead of snaps? that's because velcro is way more practical on a bib and way easier to attach. 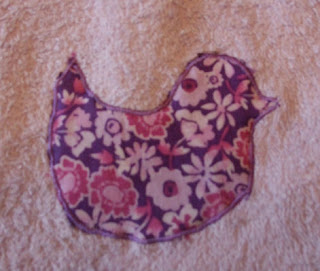 close up of how the appliqué turned out. 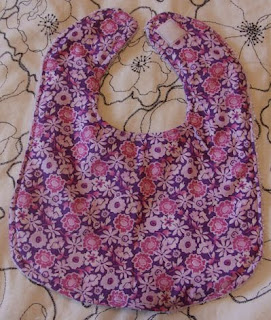 i used the same fabric for the back of the bib as for the appliqué because i'm a virgo and i like things to match.

it didn't take but that first attempt to feel like a pro and i ended up churning out a couple more pretty quickly: 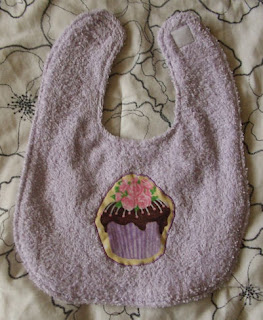 i think this is cuter than the first, not only because there is a cupcake involved, but also because me thinks the yellow is a loverly contrast on the lavender. 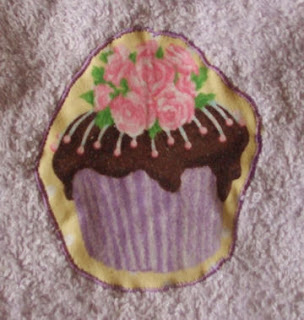 unfortunately you can't tell from this picture, but the fabric is actually glittery. i cut this cupcake out from the fabric i used on the backside. 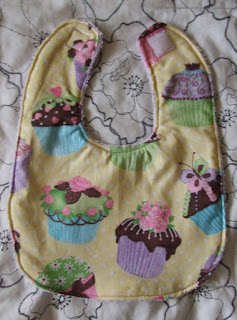 again with me and my matchy-matchy-ness.

the third bib is my favorite. i think it's cos i like green and owls very much. plus the color contrasts are really pleasing to my eyes. 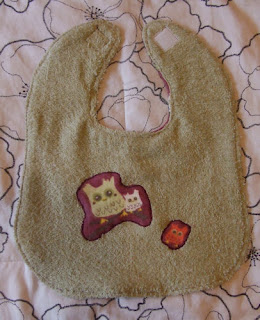 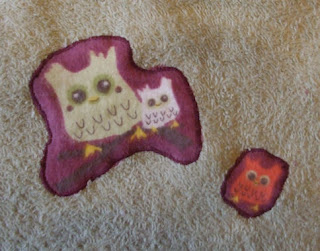 i started getting ambitious at this point and used two appliqués. 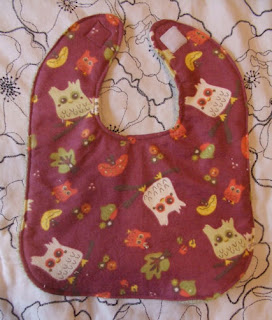 the beauty of having such pretty backs is that the bibs are essentially reversible.

i'm just throwing this out there: i used terrycloth that i bought by the yard at joann, not towels as it may look; although i see no reason why you couldn't just use a towel you have lying around, if that's more convenient. it would be cheaper than going out and buying some, i'd imagine, if the towel is otherwise disposable to you for some reason or another.
Posted by panda✰eraser at 10:03 AM

panda✰eraser
i sneeze a lot.